To celebrate the achievements of Greenwich and Lewisham businesses, South East Enterprise hosted a reception at the Trafalgar Tavern in Greenwich on the evening of Thursday 18 November as part of Global Entrepreneurship Week, founded by Enterprise United Kingdom and the Kauffman Foundation, is an adaptation of Enterprise Week in the UK, and has been running since 2004. In 2008, it became part of a wider global movement to become what is now known as Global Entrepreneurship Week. 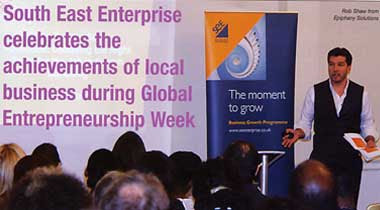 The event was attended by owner/managers from over 150 local businesses together with over 50 representatives from local banks, SEE’s partner organisations, Greenwich Council and the South East London Chamber. 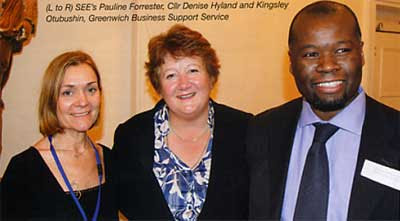 Please register here if you would like to receive email newsletters giving details of business support, courses and networking events provided by South East Enterprise.